Ingehim offers our own in-house systems for carrying out supercritical fluid (SCF) extraction (Russian patents: No. 157167 and No. 169873) of laboratory, pilot and industrial scale.

SCF extraction technology is based upon the use of high dissolving ability of various compressed gases as well as upon the fact that the dissolving ability of a fluid in the near-critical region depends significantly on temperature and pressure. The latter allows in-depth fractionation of the raw material and regeneration of the extractant (solvent) by throttling the fluid to pressure in which the solubility is negligible. For an extractant, pure carbon dioxide and carbon dioxide modified by a polar additive, propane-butane mixture and other substances can be used. The resulting extract can be in a liquid or powdered state. Advantages of SCF extraction with respect to conventional extraction methods: ease of separation of the solvent and of the extract, purity of the resulting product, preservation of volatile and thermolabile components in the product, high efficiency and selectivity of the process, no harmful or toxic emissions.

The system for SCF extraction represents a high-pressure batch apparatus. 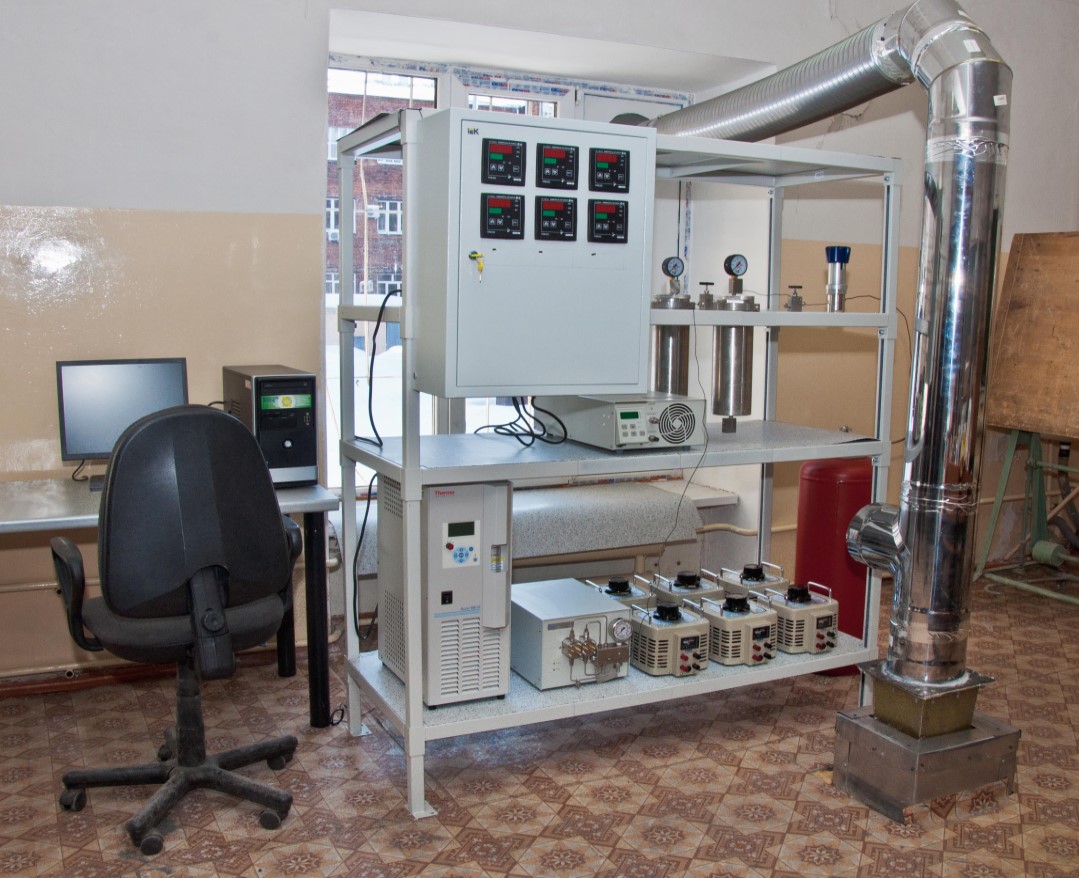 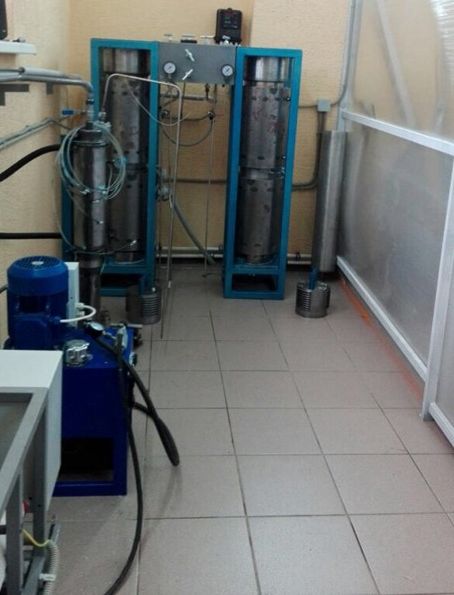 Extractors block for the SCF extraction unit of pilot scale

Applications of systems for SCF extraction:

1. Extraction of raw materials of plant origin. With the help of SCF СО2-extraction, a wide range of extracts can be obtained, which can be used to create functional foods, effective pharmaceutical and cosmetic products and biologically active food supplements. Unlike conventional extractors that are based on the use of organic solvents, in SCF СО2 extractors the extraction of the full complex of biologically active compounds from plant materials is carried out. In this case, the extract is not destroyed, and the separation of the solvent from the extract does not cause any problems. SCF СО2-extraction is carried out at low temperatures, for example, 40 °C. The resulting extracts do not require further processing, which also affects the cost of herbal remedies.

4. Extraction of hydrocarbons from water-oil emulsions. Supercritical fluid extraction treatment of oil-water emulsions with a propane-butane extractant allows extracting from the emulsions up to 86 wt% of dehydrated petroleum products having no mechanical admixtures at all. Herewith, the mass content of sulfur, chloride salts and asphaltenes decreases approximately by half, while the kinematic viscosity is nearly ten times smaller. The separated water is suitable for technological use.

5. Disposal of spent railway sleepers. Existing methods for disposal of wood treated with toxic substances (coal oil) are based on grinding, impregnation with alkali or organic solvent, treatment with saturated vapor or ultrasound, and explosive decompression. They are quite labor-intensive and costly and, in addition, represent a source of harmful emissions. The proposed SCF extraction technology is innovative, economically viable and environmentally friendly. The technology allows extracting up to 97 wt% of the impregnation material from the sleepers. The selected material is reusable, while wood can be used as fuel.

Ingehim can develop the SCF technologies as well as produce systems for SCF extraction per Customer requirements.